GAIC MUN was held on the school campus from Aug 11 to Aug 13 under the slogan “Action for Humanity.” Kim, Sunghwan, the former Minister of Foreign Affairs and Trade, delivered a keynote speech and addressed conference members gathered for GAIC MUN.

“I got hands-on learning experience interacting with senior participants and native English teachers, which enabled me to deeply engage in the conference and have a deeper understanding of how an international conference actually works,” a journalist participant said. 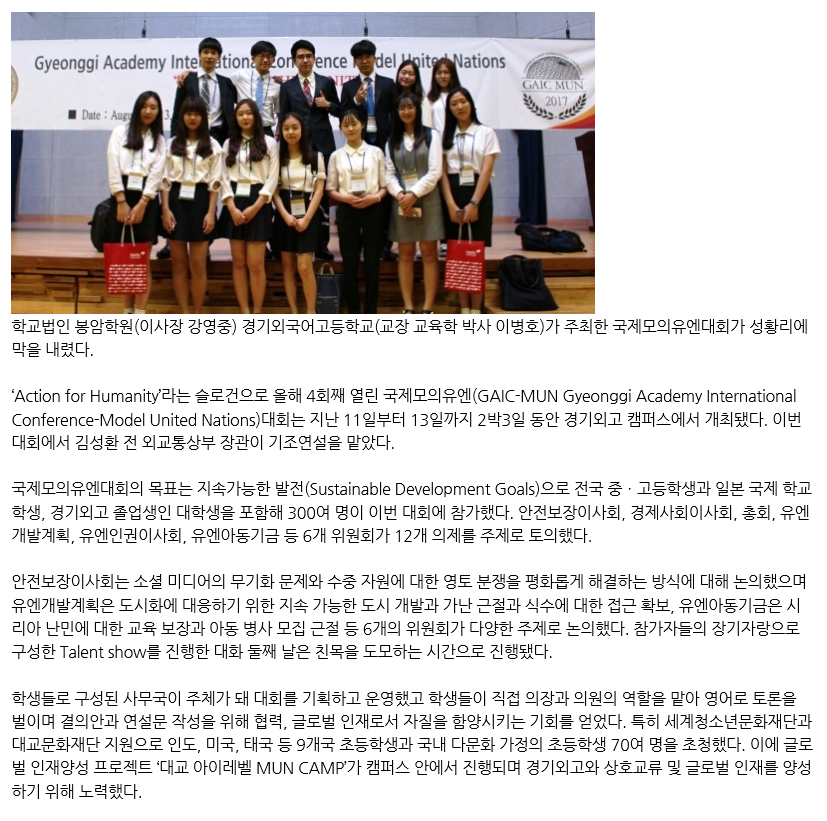 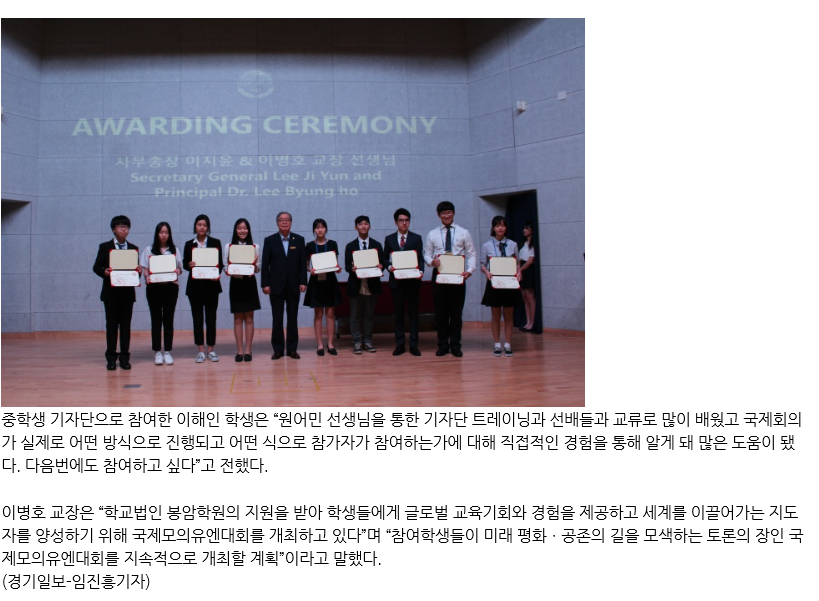 Next
'A Small Concert' with disabled people at Uiwang public health center
/ 관리자
2017.08.24